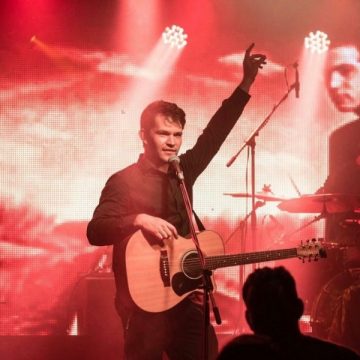 A few years ago Monty decided it was time for a sea change. Leaving a corporate accountancy job in Sydney, Monty set sail to pursue the life of a musician in Western Australia. With a singing voice uncannily like the legendary Johnny Cash, and with a love of his music, Monty created his Greatest Hits tribute to Johnny Cash called A Boy Named Cash.

Monty also covers a broad range of other music stylesfrom rock and roll and country to R&B and modern pop. His audience-engaging style and musical versatility has made him one of the most sought after entertainers for corporate events, weddings, parties, pubs, clubs and more.